Michael Gonzalez graduated from Jesuit High School in Tampa, Florida and received his undergraduate degree in 3 1/2 years from Florida State University, where he  graduated with Dean’s List Honors in 1990.  He then began his post-graduate studies at St. Louis University School of Law and received his Juris Doctorate degree in 1995. Since graduating from law school, he moved back to the Tampa Bay area where he has maintained his law practice.  Since 1995,  the Gonzalez Law Group, formerly known as the Law Office of Michael Gonzalez, P.A., has handled over thousands of cases in a multitude of legal fields, representing clients in both state and federal courts throughout the State of Florida.

Michael Gonzalez has been admitted to practice in the following courts: 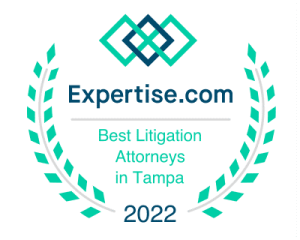 The Gonzalez Law Group is a full service law firm providing a wide array of legal services and counsel primarily in the areas of civil, criminal, corporate, and family law matters.   We acknowledge that your case is of the utmost importance to you and we take the responsibility of handling your case accordingly.  Contact us today so that we can get started on your case.

With a simple phone call or email, our firm can give you a consultation of your case at no cost to you.